It really pinned your head many times about what can be the difference between high and low shank sewing machines. Before I start, have you ever thought about what is a shank in your sewing machine? Maybe yes, but if not then, let me tell you first about the shank.

A shank is a metal rod that the presser foot holder attaches to.

Have you ever measured the shank size of your sewing machine?

If yes then that’s great if not then,

Let’s talk Straight about the difference between high and low shank sewing machines.

How to measure the Shank size of your Sewing Machine?

You can measure the shank size of your sewing machine by following the instructions below:
• First put your presser foot in the down position.

• Take a small ruler and measure the length from the bottom of the presser foot to the center of the thumbscrew.

What does a Low Shank adapter do?

What does a presser foot do?

• A presser foot is an attachment with your sewing machine, commonly made up of steel or clear plastic, and holds your fabric or cloth flat which you fed in through the sewing machine for stitching.
• For sewing with leather and plastic, most of the presser feet are made of Teflon.

Is your Sewing Machine Low Shank or High shank?

I hope after reading the above, now you can make sense of the shank size of your sewing machine.
Usually, most of the sewing machines which are widely used for household purposes are low shank but some people unknowingly bought a sewing machine with high shank.

In the year the 1960s and 1970s, the singer tried to do something different or you can say something unique. They decided to make a slant shank sewing machine by putting 1 1/8 inch shank.

Bernina was founded in Steckborn, Switzerland in 1893 by Karl Friedrich Gegauf.
In the case of Bernina, they neither develop low shank nor high shank sewing machines.

They make specific shanks for their machines alone because they decided to go their own way.

If you are thinking that you can’t use an adapter and place a universal presser foot on a Bernina sewing machine then you are wrong. Obviously, you can use but you have to use the Bernina adapter to complete that task.

Janome was founded by Yosaku Ose in 1921 in Tokyo, Japan.
In the case of Janome, they make high shank sewing machines for embroidery, and also they can do a lot of difficult sewing work.
They also make low shank models for stitching purposes at home.

They make both types of sewing machines low shank and high shank so that they could also keep their good market share like Brothers and Singers.
They make some free-motion quilting machines that are low shank.

Absolutely yes, they manufacture a lot of low shank sewing models and you can use them for stitching your own clothes if you don’t want to pay high prices for new models and fashionable clothes. 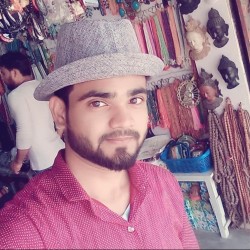 Hey there, I am Sam, I have used several sewing machines in my life, so now I decided to open a blog so that I can help other people finding the best sewing machine out there in the market according to my experience & research. 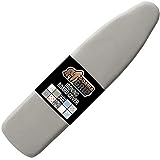 Sewingmachineopinions.com is a participant in the Amazon Affiliates Associates Programme, an affiliate advertising programme designed to provide a means for sites to earn advertising fees by advertising and linking to Amazon.com, without Charging you anything extra, not even a pence.